“The Performers Inc.” proposes between 45 and 55 minutes for a Storytelling session entirely spoken in the English Language, and with songs sung live. The theatrical format it has makes it more than only the reading of a book; since we set up scenery, props and costumes to develop the stories. All this helps the audience feel engaged and be involved from the beginning to the very end.

As for space, it won’t be necessary for the institution to provide more than an assembly hall, a patio or a classroom, depending on the number of signed up participants.

The session to be carried out will be interpreted by an actor, who is also an English teacher and that will lead us to an entertaining and learning experience.

This session will be accompanied by a teaching pack that every participant will have for the previous work, follow-up and development of the activity.

As “The Performers Inc.” are used to, the objective is to give the participant the possibility to expose himself to the English language and learn it through contextualization, in spite of the fact that they could be missing some grammatical constructions or unknown vocabulary. The approach we give to this, is the same we give to a mother tongue, which is to say spontaneous. 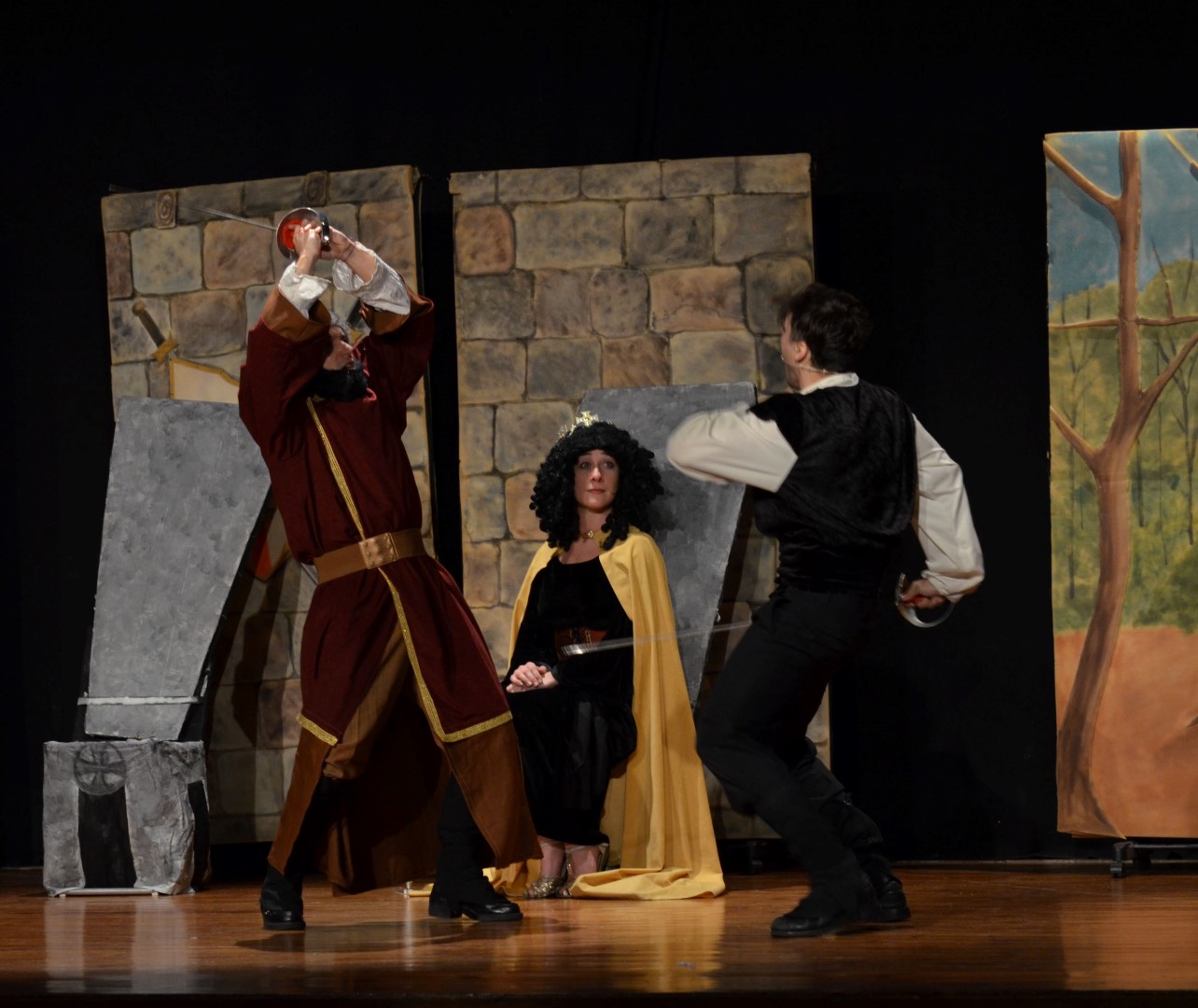 For Early years | 3 to 5-year-old children

Tarzan was a small orphan who was raised by an ape named Kala since he was a child. He believed that this was his family, but on an expedition some humans meet Tarzan. He then finds out that he's human, too. Now Tarzan must make the decision as to which family he should belong to...

Educational Goals
To establish a direct contact and relation between nature and the human being as part of the same. To recognize the archaic animal that lives within and empathize with our fellow living creatures.

Aladdin is a lovable street urchin who meets Princess Jasmine, the beautiful daughter of the sultan of Agrabah. While visiting her exotic palace, Aladdin stumbles upon a magic oil lamp that unleashes a powerful, wisecracking, larger-than-life genie. As Aladdin and the genie start to become friends, they must soon embark on a dangerous mission to stop the evil sorcerer Jafar from overthrowing young Jasmine's kingdom.

Educational Goals
Both Aladdin and Jasmine teach us to be who we are. Do not try to be someone else or to conform to what others perceive us to be. Be who you are meant to be. Be true to who are and live your life with honesty.

Beauty and the Beast

Prince Adam is cursed to a beast because there is no love in his arrogant heart. The one way he can break the spell is by learning to love another and earn his/her love in return. But who can ever learn to love a beast? Ten years later, Maurice becomes lost in the woods and seeks shelter in the Beast's castle. The Beast imprisons him for trespassing. His daughter Belle finds him trapped in the castle and offers her place in his instead. The Beast accepts with a promise she will remain in the castle forever. In the beginning Belle sees him as nothing more than a monster. But both soon learn that it is not the appearance what really matters but to be good at heart.

Educational Goals
To re-evaluate making decisions based on appearances, and consider how to approach others with an open mind.

Mary and Jim Hawkins are married and have a quiet and routine life. However, one day, a desperate and dying man surprises them by leaving in their hands a map that leads them to a valuable treasure. And a map also searched by one of the most fearsome pirates of all times. Mary and Jim are determined to look for the help of an experienced sailor who takes them to the treasure, but from their absolute ignorance, they will end up choosing Long John Silver, the same pirate that has lived all his life in search of the map. Just Jim and Long John Silver go on an adventurous journey to the island and are shipwrecked. But destiny leaves them on “Treasure Island” and the person who will make sure of this is Mrs. Gunn, an ex sailor whom Silver abandoned on the same island three years ago, after having failed in the search of the treasure. Once Silver is unmasked, Jim and Mrs. Gunn will try to keep him away from the treasure and teach him a moral, one that makes him think what sharing is all about.

Educational Goals
The good and honest people win the prize, while the wicked and treacherous people are punished for their evil deeds.

Tarzan was a small orphan who was raised by an ape named Kala since he was a child. He believed that this was his family, but then he finds out that he’s human. Now Tarzan must make the decision as to which family he should belong to.

Educational Goals
To establish a direct contact and relation between nature and the human being as part of the same. To recognize the archaic animal that lives within and empathize with our fellow living creatures.

Alice runs away to follow a white rabbit that jumps into a tree hole. She ends up in Wonderland. This place was a peaceful Kingdom until the evil King of Hearts came to the throne. Now, Wonderland’s creatures, ready for the uprisings, are expecting Alice to help them.

Robin returns home and finds out the Sheriff of Nottingham is getting richer and richer at the villagers’ expense. He goes deeper into the Forest of Sherwood where he not only meets Marian again, his childhood friend, but also joins a band of exiled villagers and becomes their leader. With their help he attempts to get back everything the Sheriff has taken from them.

Educational Goals
To appeal the child’s natural sense of morality and fair play.

Robinson Crusoe gets a map that leads him to a hidden treasure. He sails the dangerous seas but his ship is cast away and he ends up as an only survivor. One day, Robinson meets a strange Indian man whom he calls Friday, since he meets him on a Friday; and slowly begins teaching English to him. That very same day, they find the treasure to which Friday leads to. Captain Grime, the most fearful pirate of all times, arrives on the island, in pursuit of the big treasure. Robinson fights him and finally shares the treasure with Friday.

Educational Goals
The moral of the story of Robinson Crusoe is that a person can succeed against all odds with the right combination of hard work, planning, thrift, resourcefulness, and religious faith.

For Secondary Education and Baccalaurate | 14 to 18-year-old adolescents

The Fall of the House of Usher

An unnamed protagonist goes to the remote mansion of his boyhood friend, Roderick Usher. He reunites with his old companion Roderick, who is suffering from a strange mental illness and whose sister Madeline is near death due to a mysterious disease. He provides company to Usher. When Madeline dies, Usher decides to bury her temporarily in one of his house's large vaults. A few days later, however, she emerges from her provisional tomb, killing her brother while the Usher’s friend flees for his life. The House of Usher splits apart and collapses.

Educational Goals
To approach Poe’s literature as he uses elements of the gothic tale to create an atmosphere of terror. He uses play on words to engage the reader to make predictions, or provide information. He also sets the story up to be intentionally ambiguous so that the reader is continually suspended between the real and the fantastic.

Jonathan Harker, a young lawyer, is assigned to a gloomy village in the mists of Transylvania. He is captured and imprisoned by the undead vampire Dracula, who travels to London, to meet who he thinks is his eternal lover, Mina Murray. In Britain, Dracula begins a reign of seduction and terror, draining the life from whoever intends to stand in his way to Mina. Dr. Van Helsing determines to finish with Dracula and fights him during the day, when his powers are weakened.

Educational Goals
Dracula revolves around the theme of good versus evil.